Hello from the desk of Irene G, Kevin and the Southern Crusaders.

We are going to talk about a major health issue faced by many people on a global scale today.  Current figures world wide, show that 1 in 2 men and almost as many women will get some form of cancer.  That is startling 50/50 odds.

1,630 people per day die of cancer in the United States alone. On a bigger scale, the World Health Organization (WHO) estimates that at

the current rate, the number of new cancer cases will catapult to 27 million annually by 2030; there will be over 13 million cancer deaths per year and 75 million people living with cancer within five years after diagnosis.

Dr Wallach suggests that prevention is the best form of defence against all forms of cancer.  However, prevention takes a considerable conscious effort and along with the ’90 for Life’ nutrients, includes cleaning up the diet.  The basics of which include a diet that is gluten and oat free along with consuming less fibre and eliminating fried foods, vegetable oils and margarines.  Because sugar feeds the “bad guys”, it’s imperative to be also eating a low carbohydrate diet in order to starve off the food supply to diseased cells. Do as much organic food and produce as possible, and limit or avoid GMO’s.

Nevertheless, if cancer has been diagnosed, Dr Wallach recommends that our defence should include vitamins, minerals, amino acids, essential fatty acids as well as electrolytes. It has been well established that cancer patients, typically have poor digestion and absorption and therefore addressing gut health will be essential as a front line in the battle against cancer.

Cancer and the Immune System –
The immune system protects the body against illness and infection caused by bacteria, viruses, fungi or parasites. It is really a collection of reactions and responses that the body makes to damaged cells or infection. So it is sometimes called the immune response.

Youngevity products formulated to support the immune system include –

Dr Wallach’s further suggested support for the tissue or organ effected by the cancer:

Ultimate™ Selenium – Dr Wallach submitted 500 scientific papers to the FDA, to successfully support his claim that selenium can reduce the risk of certain forms of cancer. They also supported the claim that selenium produces anti-cancer substances in the human organism. This is quite significant in understanding the value of selenium supplementation because the intake of selenium in many populations is insufficient to maximise its protective effects.

Studies have found that selenium works on many different physiological levels to protect against cancer.  In just one example, selenium has been found to support an enzyme called glutathione peroxidase which prevents the accumulation of oxidised fatty substances in the body. These substances have the nasty habit of decomposing and forming very destructive oxygen radicals (hydroxyl radicals) which will attack protein cells, fat cells and even DNA.

Shortage of selenium will also compromise the ability of the immune system to function properly causing a low production of antibodies within the human organism.

Fucoidans – are fucose-enriched sulphated polysaccharides found in some brown sea vegetables, brown algae and marine invertebrates. Fucoidan seems to support every organ and cell function in our bodies, and therefore, scientists are studying it for many different ailments. 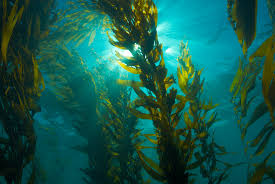 There are over 800 studies published in PubMed.gov alone on the subject of Fucoidan and its anticancer effects (Including its effects on lung, breast, prostate, colon and skin cancers). It is highly recommended people take the time to read through them.

Recent studies showed fucoidan stopped the cancer from progressing and triggered the death of the cancer cells. It has also been shown that fucoidan improved chemo efficacy in destroying breast cancer cells.

Astragalus Root Extract – is one of the most powerful immune building plants on the planet and works by stimulating the immune system. It has antioxidant effects that inhibit free radical production. It has been used in Traditional Chinese Medicine for centuries. 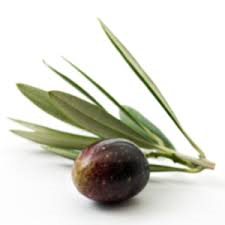 The further benefits of the ingredients contained in FucoidZ™ are vast and would require a larger area for discussion (perhaps in another future e-Pulse issue).

Free Shipping on all NZ orders over $150! Dismiss